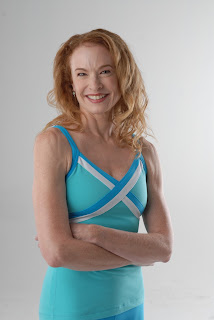 In the summer of 2014, I lost my Dad to pancreatic cancer, within 3 months of his initial diagnosis.  I had lost my Mom when I was in my mid-twenties, so losing my Dad at the ripe old age of 89 1/2 set off all manner of deep and serious ruminations in my head. Both my parents were now gone, and I was  turning 60 the following year.  I had already outlived my Mom, who passed away at age 58.  I  realized that if I was lucky enough to live to nearly 90, as my Dad had, I was already 2/3 of the way through my life!  It was time to take stock of where my own life was going:  what were my priorities, what was to be my legacy on the planet, what activities were on my bucket list? Perhaps it was time to embrace my Wise Woman?

In the Fall of 2015, my younger child FINALLY entered High School.  I decided I'd had enough of coloring my hair, which at this point needed attention every three weeks.  I had all kinds of "hair crayons," and mascara-like coloring wands to apply to my gray roots in between my coloring rituals. However, I was sick of the whole ordeal, and there was the remaining concern that so much hair fell out each time I went through the coloring process.  And, how safe were the chemicals I was putting into my body?  My Dad and Paternal Grandmother had both sported full heads of magnificent silver white hair, and I was pretty sure I had inherited the same.  So, in October 2015, I skipped my coloring day.  I had at last begun the long, laborious and awkward process of growing out the gray!

At first, I became adept at using headbands and scarves to cover the increasing frame of silver around my temples and forehead.  I wore my long hair pulled back into a ponytail most days, and began doing french braids and other stylish "up dos" to distract the eye from the growing silver crown. Barrettes with soft rolled hair around the crown helped, and I even used scrunchies and hair clips woven with fake blond hair, to create a head of curls.  I did a photo shoot with Pilates Style Magazine in February 2016, and it was an interesting trick to style my hair.  By this time,  it had grown out completely silver up to the high ponytail, but the pony itself was gold!  I thought to myself, thank goodness all the young kids are "crowning"and "tipping" their hair color, in which half of remains a natural color, and the ends are colored green, red, blue, purple, pink--whatever!  I was right "en vogue!"

But, how long could I keep the long hair I had come to identify with for so long?  I knew I didn't want long, silver hair....TBC
Posted by Unknown at 11:41 AM